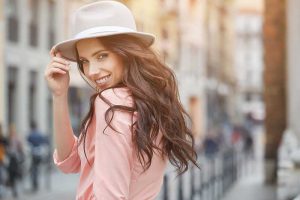 Rhinoplasty is an unique opportunity to change the external shape as well as intrinsic structure of the nose though the medical intervention. Traditionally this procedure is surgical, and unlike most of the other plastic procedures, in the skillful hands it allows to introduce a vast array of changes to really fit your facial aesthetic needs.

In our view, the shape and function of the nose are absolutely inseparable concepts, any attempt to achieve external forms in compromise or in neglect of the comfortable breathing is a violation of the natural design of this organ.

There is a broad array of the reasons to perform the rhinoplasty, in most situations they are very individual, personal, and very often carry a very emotional component. From daily witnessing of the myriads of patient stories, most of the motivations can be subdivided in the two large categories. In most of the aesthetically dissatisfied patients, there is a clear appreciation that nose does not harmonize with the facial features, it distracts an attention. As a result of this perception the self-esteem is being undermined and social restrictions being formed. Interestingly, people are trying to be analytical and technically specific in blaming certain features of the nose, such as “ bump”. Very often they are just partially correct, because the aesthetic understanding of the nose is much more complex.

The second group of rhinoplasty patients are functional sufferers, people with obstructed breathing, chronic infections, or post traumatic deformities, in whom less advanced interventions would not give a desirable effect. This group of patients is smaller, but sometimes with more psychologically dramatic paths, secondary to the previous septal or turbinate surgery with marginal improvement.

Previous nasal surgery, places patients into technically more challenging category of the secondary nasal surgery, or secondary rhinoplasty if external structure of the nose was manipulated. Primary rhinoplasty, or initial surgery offers uncompromised supply of construction material for the surgeon and gives the best chance for the optimal outcome. Secondary or revision procedures often lack usable septal cartilage and may require the alternative sources of building material such as ear or rib cartilage. Very often utilizing expertise of the dedicated nose surgeon for the primary nasal surgery avoids need for the secondary procedures, which are common in the field.

Both primary and secondary rhinoplasties may be performed through the closed approach, where incisions are hidden inside of the nose, or open approach, where a single mid collumelar incision allows surgeon to elevate the skin on the nose up.

In skillful, experienced hands both approaches allow the same intranasal maneuvers, which makes a difference in surgical result. The approach becomes primarily a surgeon’s personal preference. We prefer not to open the nose, because it gives us intra-operative view of the nose similar to the postoperative appearance and saves patient an external scar.

We find that postoperative recovery process in many instances gives people as much apprehension as a surgery itself. I would like to address just some the most popular concerns.

As a rule, rhinoplasty is not associated with significant postoperative pain. It is uncomfortable because of nasal congestion, swelling, but most patient stop pain medicines on the second day.

Deep intranasal packing is not necessary with contemporary advanced rhinoplasty techniques and not utilized by us.

As a rule, facial bruising and discoloration is very limited. In the cases, when it happens it clears by the time the external splint is removed around one week after the surgery.

As a rule, we do not evaluate the final appearance of the nose for six to twelve months. The degree of swelling is individual, and depends on the multiple personal characteristics but in the most of the cases, after one to two weeks following surgery our nose looks adequate for the social appearance.